Today’s morning run was a midweek ‘long’ish run of 1:15 mins on some peaceful, quiet trails. It even started to flurry a little bit. Had to play the game of avoid getting pelted in the eyeball with snowflakes. I always lose.

Over the weekend, my friends and I ran in a low key, local 5K called the Skirt Scurry. So, naturally, we ran in skirts :)

The course was suppose to be 5K (3.14 miles), but upon consulting my GPS watch, it was quite a bit short (2.85 miles). I ran a 19:25 and somehow managed to place third (female) overall which is fun, cause there were tons of speedsters competing for the first place $100 cash prize.

The event was just so much fun, because I love running with friends. These guys are all my labmates, too! They’re awesome coworkers. I’m so lucky to work in such a cool research lab. (I’m wearing a black tutu, it’s just hard to tell in this photo). 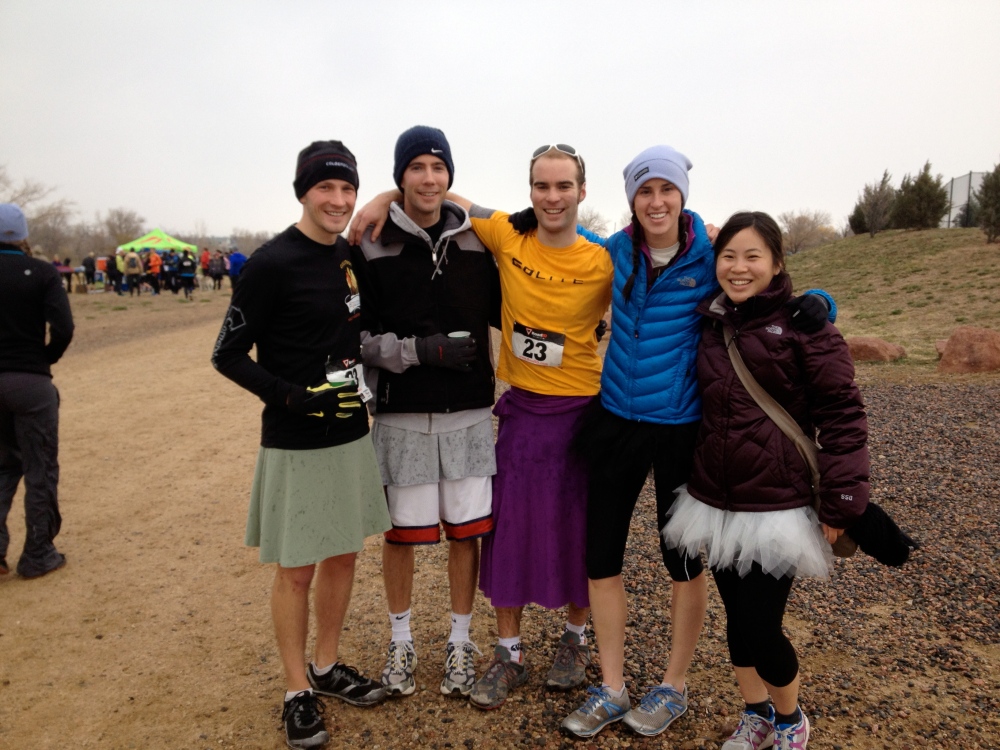 We got so many compliments on our skirts. Some woman even stopped us to ask for our picture. Ha!

Later on that day, Weez and I went out on a double date. We were going to go ice skating but it was pretty dang cold that night, so we opted for an insanely fun/hilarious night of bowling instead. 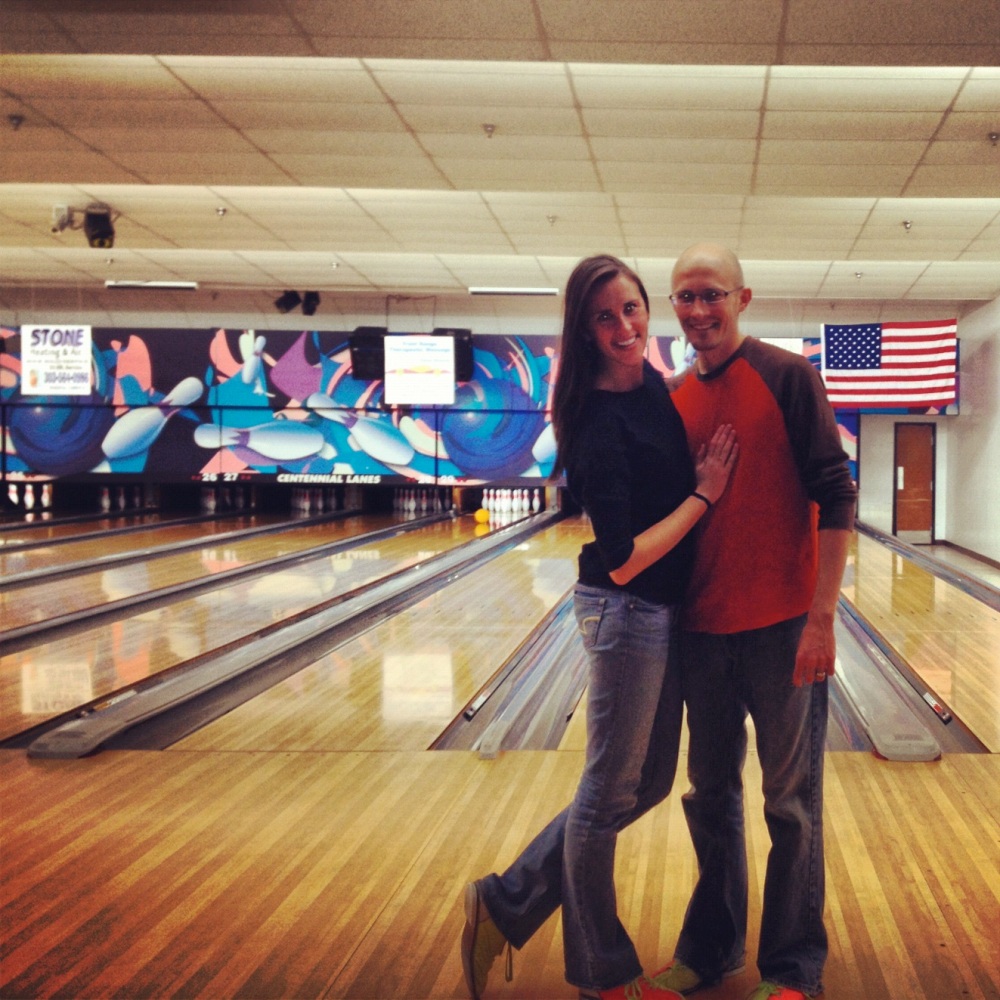 All four of us managed to each bowl over 100 and Weez rocked the evening’s highest score of 150 (beating my score of 145, dang you! I’m not a competitive bowler. promise.).

Do you like bowling? Do you remember your highest personal score? I honestly don’t remember by best score… oops.